For geographical reasons, Saint-Mammès’ destiny is closely connected to that of the river Seine, due to its strategic position. This partially explains the current designation of the village – that of being « a village of barge people » – which offered it the opportunity to play an important role in the early history of inland waterway transport.

Technological developments have influenced the life of inland water transportation over the years. The village has always been a major witness of these improvements. It started with human and animal hauling and river descent with the current; then came mechanical traction and steam towing; and finally motor barges in modern times. The village has also been a crossroads for all kinds of inland waterway transport: the Séquanaise under the Ancient Régime, the Loire, the Central and Northern regions, and finally the expansion to Europe. Barge people have always appreciated the charms of Saint-Mammès, which has earned for itself the reputation of being a veritable bargemen’s paradise.

Many Carolingian or Neolithic remains, found in the town, attest to an ancient occupation of the place. There also seems to have been a Viking occupation, no doubt due to its position as an inland waterway crossroads. 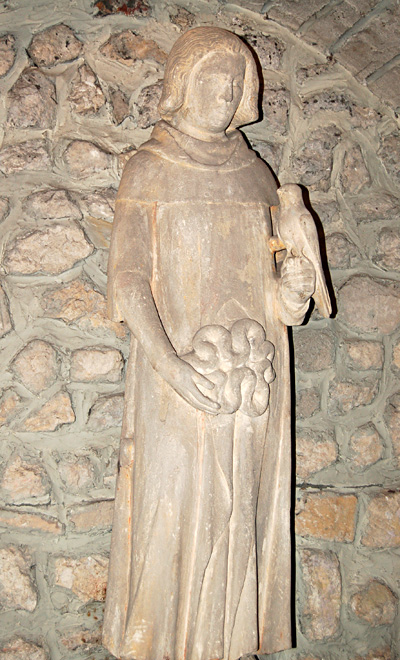 Until the end of the nineteenth century, a fervent cult was dedicated to the patron saint of the commune.

Child-martyr Mammès of Cappadocia was killed at the age of fifteen, struck in the stomach with a trident. Sainted, he became the symbol of purity of conscience and generous love going as far as the sacrifice of one’s own life. It was almost certainly Adam Péniers, whose memorial plaque adorns our church, who brought back from Constantinople a relic of the young martyr and linen impregnated with his blood.. He donated this to his place of residence and built in its honour a sanctuary which was to become the centre of the village. From that time on the hamlet became known as Saint-Mammès.

He was mainly invoked against rabies and bowel ailments. The legend records that even rabid dogs made their way to Saint-Mammès and lay down on a slab in front of the statue, after which they went away cured.

A hamlet adjoining Moret-sur-Loing until the French Revolution, Saint-Mammès is concentrated around an 11th century Benedictine priory, of which only the chapel remains.

In 1719 the Duke of Orleans launched major works for the digging of the Loing canal. With its commissioning in 1726, the village experienced considerable economic growth. Later, the further development of industrial activity resulted in a period of great prosperity for the inland waterways and Saint-Mammès itself. 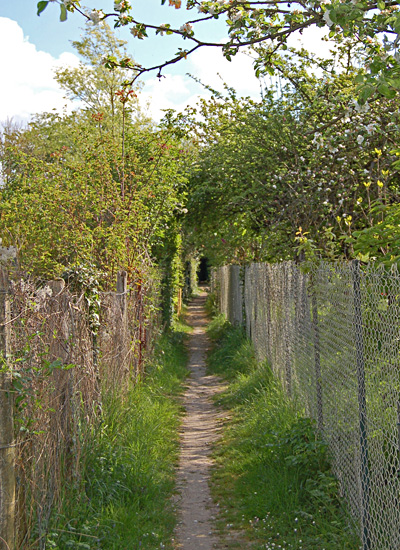 Gradually the barge people chose to settle down in Saint-Mammès. The fact that they grew little gardens and orchards for themselves was proof of their determination to make their home in the village.

This is why Saint-Mammès is characterised by a very special kind of urban structure. In order to save the limited space available – a total surface of only 224 ha – the street space is reduced to a network of narrow alleys which twist and turn from courtyard to courtyard and garden to garden. This very original layout amply satisfied the river people on their barges.The gardens naturally follow the same scale.

Nowadays, inland water transport is undergoing a hard time. It is characterized by a significant decrease in the amount of water transportation offered to bargemen and a reduction in their work-force. The liberalization of the river freight trade has accentuated the stagnation of inland water transport in 2000, despite the creation of private “freight markets” to help federate the bargemen. « Cale Info Service » in St. Mammès thus responds to the needs of the profession.

While suffering from this crisis, Saint Mammès decided to turn to pleasure boating and has developed a marina along the banks of the river, which was inaugurated in 2000. Fortunately, Saint-Mammès is still much appreciated by a number of sailors and barge people who choose to disembark here.

Currently located near the parking lot of the church, a prehistoric polishing stone made of buff sandstone, was discovered at Saint-Mammès around 1890 at a place called « La bande à l’aise » (the band at ease) currently located “rue des Ecoles”. It was then transferred in 1923 onto the property of Mr. George LIORET, former mayor of Moret-sur-Loing. This is when it got broken into two pieces.

In April 2003, it returned to its original grounds. This polisher attests to a prehistoric occupation of our territory. It served our distant ancestors to repair their axes. With a weight of about 1.5 to 2 tons, the whole has a length of 1.70m and a width of 1.40m and a thickness of 0.45m to 0.65m.

The implementation of the Marina, through a quality landscaped urban process, promoted Saint-Mammès to a real cosy living environment. This has also initiated a touristic movement, particularly with the pleasure boats.

The earliest souvenir of the waterway history in Saint Mammès can be found on the “Quai de Seine”. It is a door decorated with an anchor and initials LB, dated 1610. This attests to the presence of an ancient waterway activity in Saint-Mammès.